Language Marketplace has been providing professional translation services in Oakland to a wide range of clients for many years. All of our professionals are "mother-tongue" translators and interpreters - no software can duplicate their quality of work. Our translators have a university degree and belong to professional translators' associations, where available - either in the USA or in-country of origin. Beyond any accreditation, at Language Marketplace, we only keep the best through an ongoing system of continual assessment, as every document is also proofread by our experienced senior proofreaders.

Oakland is located in Northern California in the San Francisco Bay Area, the sixth most populous metropolitan area in the United States with 401,000 people in 2007. Oakland is a major West Coast port, and is home to several major corporations including Kaiser Permanente and Clorox, as well as corporate headquarters for nationwide businesses like Dreyer's and Cost Plus World Markets. Oakland is a major hub city for the Bay Area subregion collectively called the East Bay.

Language Marketplace has been providing professional Interpretation and Translation services in Oakland to a wide range of clients for many years. 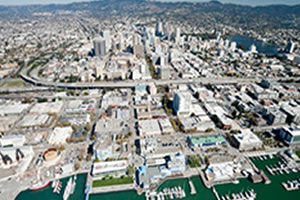