Language Marketplace has been providing professional translation services in Birmingham to a wide range of clients for many years. All of our professionals are "mother-tongue" translators and interpreters - no software can duplicate their quality of work. Our translators have a university degree and belong to professional translators' associations, where available - either in the USA or in-country of origin. Beyond any accreditation, at Language Marketplace, we only keep the best through an ongoing system of continual assessment, as every document is also proofread by our experienced senior proofreaders.

During the 20th century, the city's economy changed. Though the manufacturing industry remanins strong in Birmingham, other industries such as banking, insurance, medicine, publishing, and biotechnology have risen in stature. Birmingham has been recognized as one of the top cities for income growth in the Southern United States with a significant increase in per capita income since 1990. Today, Birmingham ranks as one of the most important business centers in the Southeastern United States and is also one of the largest banking centers in the U.S. 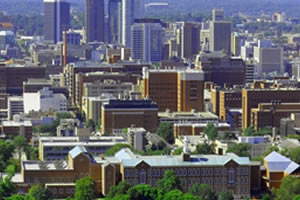