English French Translation and its History

Time affects everything including languages. The English language has been sculpted over the centuries by several different languages, the most important two being Latin and German. However, not many people are aware of the fact that French has played a significant part

in shaping English as well.

First things first, I will provide a little background on the influence of English by other languages. Around 430AD a Celtic warlord named Vortigern decided to invite Jutes from Jutland (modern day Denmark) for protection against invaders. Jutes however, sparked a huge wave of newcomers to Britain. The other Germanic tribes started coming, including the Angles and the Saxons. Later, the early Christian missionaries brought with them the Roman alphabet, which the Celts and the early Anglo-Saxons adopted quite rapidly as mentioned in The History of English Language. Overtime the language was molded by its newly shaped culture and this is how the Old English developed.

The event that triggered the metamorphosis from Old English to Middle English all started with the Norman Conquest of 1066. Britain was invaded by William the Conqueror and French became the language of the court and culture. For more than 300 years it was around until Henry IV came to the throne in 1399 and introduced English back as the main language.

French Influence on the English vocabulary

There are over 10 000 words that were passed on to English by the Normans and about three quarters of those words are still used to this present day as stated by the French language expert, Laura K. Lawless (2015). The French vocabulary is quite diverse and touches different aspects of English language such as government, court and law, art and literature and even fashion. There is one very noticeable split between the words that survived and those that did not. For example, the animals’ names kept their English roots such as cow, sheep, deer etc., but once the animal is cooked the name used has a French root e.g. mutton, pork, beef. This occurs in many other fields of English vocabulary.

Pronunciation and what has shaped it

According to The History Of English, English pronunciation is a combination of both Anglo-Saxon and French influences. The latter brought its soft sounds, which in turn mixed with already present harsher Anglo-Saxon sounds. For instance words such as charrier became carry and so forth. The Old English undoubtedly had a noticeably stronger Germanic pronunciation. 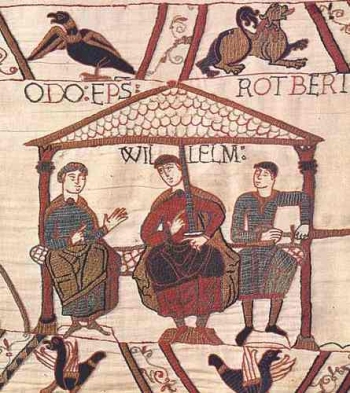 English language has gone through so many transformations and additions to its vocabulary, that even by the late 14th and 15th century it was almost incomprehensible. With time passing by, the pronunciation has drastically changed as well and to the modern ear the sounds of the Old English would most likely be unintelligible.