Regions Spoken: Arabic has many different geographically-distributed spoken varieties, some of which are mutually unintelligible. Modern Standard Arabic is widely taught in schools, universities, and used in workplaces, government and the media.

Population: In terms of speakers, Arabic is the largest member of the Semitic language family. It is spoken by more than 3000 million people as a first language, most of whom live in the Middle East and North Africa, and by an additional 250 million more as a second language.

Contact us today to get a free, non-obligatory price quote in PDF for your Arabic business translation project!

We have a large number of mother tongue Arabic translators and interpreters dispersed all around the world. Our global Project Management presence and dispersed teams of Arabic translators means that we can offer you real advantages where you have tight turnaround requirements.

There are a wide range cultural aspects in the Arabic speaking world that can vary quite significantly depending on the region. For example, many colors, symbols and region specific slang can have implications that can be quite different to those intended. It is vital that text be adapted accordingly.

It can be a challenging task for a business to expand into the Arabic market. It’s vitally important that marketing and advertising messages are correctly adapted to this audience, while not compromising the original purpose, style, tone and context of the message. An awareness of local cultural nuances and adapting your text accordingly is why our Arabic translators only translate into there native tongue.

In the age of globalization, localizing your website into Arabic is a highly cost-effective investment and an easy way to expand your business presence in that target market. We can professionally translate your website into Arabic, retaining its meaning and flavor as per your original content.  Don’t insult your prospective customers by using a “free website translation tool” that does nothing more than show disrespect; this is not a good start in building a client relationship.  We can work in HTML, XML, ASP, PHP, GIF, JPEG, Joomla, Drupal, PNG, and CMS. 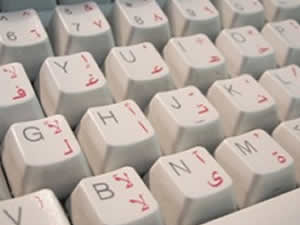 Arabic is a language spoken in many countries from Iraq to Morocco and south to Ethiopia, as well as by groups in other countries around the world.

Arabic is generally considered to have several forms - Classical or Quranical, standard and colloquial.