Scandinavia is a region in northern Europe that includes at a minimum Denmark, Norway, and Sweden. Finland is often considered a Scandinavian country in common English usage, and Iceland and the Faroe Islands are sometimes also included.

The term relates to the Scandinavian Peninsula which is a geographic region consisting of Norway, Sweden and part of northern Finland. Scandinavia extends to the north of the Arctic Circle, but has relatively mild weather for its latitude due to the Gulf Stream. Much of the Scandinavian mountains have an alpine tundra climate. There are many lakes and moraines, legacies of an ice age about 10,000 years ago. The northern regions of Scandinavia are home to the indigenous Sami people.

The dialects of Denmark, Norway and Sweden form a dialect continuum and are mutually intelligible. The populations of the Scandinavian countries, with a Scandinavian mother tongue, can—at least with some training—understand each other's standard languages as they appear in print and are heard on radio and television. The reason why Danish, Swedish and the two official written versions of Norwegian are traditionally viewed as different languages, rather than dialects of one common language, is that they each are well established standard languages in their respective countries. They are related to, but not mutually intelligible with, the other North Germanic languages, Icelandic and Faroese, which are descended from Old West Norse. Danish, Swedish and Norwegian have, since medieval times, been influenced to varying degrees by Middle Low German and standard German. A substantial amount of that influence was a by-product of the economic activity generated by the Hanseatic League.

Contact us today to get a free, non-obligatory price quote in PDF for your Scandinavian business translation project!

There are a wide range cultural aspects in the Scandinavian speaking world that can vary quite significantly depending on the region. For example, many colors, symbols and region specific slang can have implications that can be quite different to those intended. It is vital that text be adapted accordingly.

It can be a challenging task for a business to expand into the Scandinavian market. It’s vitally important that marketing and advertising messages are correctly adapted to this audience, while not compromising the original purpose, style, tone and context of the message. An awareness of local cultural nuances and adapting your text accordingly is why our Scandinavian translators only translate into there native tongue.

In the age of globalization, localizing your website into Scandinavian is a highly cost-effective investment and an easy way to expand your business presence in that target market. We can professionally translate your website into Scandinavian, retaining its meaning and flavor as per your original content.  Don’t insult your prospective customers by using a “free website translation tool” that does nothing more than show disrespect; this is not a good start in building a client relationship.  We can work in HTML, XML, ASP, PHP, GIF, JPEG, Joomla, Drupal, PNG, and CMS. 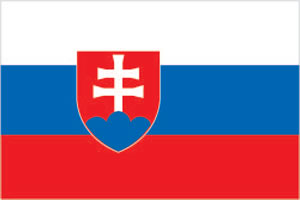 When Scandinavians sometimes end up speaking English between themselves - instead of using one of the Scandinavian languages - it is because of the dialects existing in the Scandinavian countries. It can be quite hard for Danes to understand Norwegians as they 'sing' and Danes 'talk as if we are chewing a potato at the same time'. Depending on the region, some Swedish speaking people are easier to understand for Danes than Norwegians - because they don't 'sing'.