Swedish is a North Germanic language, spoken by approximately 10 million people, predominantly in Sweden and parts of Finland, especially along the coast and on the Åland islands. It is to a considerable extent mutually intelligible with Norwegian and to a lesser extent with Danish. Along with the other North Germanic languages, Swedish is a descendant of Old Norse, the common language of the Germanic peoples living in Scandinavia during the Viking Era.

Standard Swedish, used by most Swedish people, is the national language that evolved from the Central Swedish dialects in the 19th century and was well established by the beginning of the 20th century. While distinct regional varieties descended from the older rural dialects still exist, the spoken and written language is uniform and standardized. Some dialects differ considerably from the standard language in grammar and vocabulary and are not always mutually intelligible with Standard Swedish. These dialects are confined to rural areas and are spoken primarily by small numbers of people with low social mobility. Though not facing imminent extinction, such dialects have been in decline during the past century, despite the fact that they are well researched and their use is often encouraged by local authorities.

Swedish is the national language of Sweden and the first language for the overwhelming majority of roughly eight million Swedish-born inhabitants and acquired by one million immigrants. As of 2007 around 5.5% of the population of Finland was Swedish speaking, though the percentage has declined steadily over the last 400 years. The Finland Swedish minority is concentrated in the coastal areas and archipelagos of southern and western Finland. In some of these areas, Swedish is the predominant language. In 19 municipalities, 16 of which are located in Åland, Swedish is the only official language. In several more, it is the majority language and it is an official minority language in even more. There is considerable migration between the Nordic countries, but owing to the similarity between the cultures and languages (with the exception of Finnish), expatriates generally assimilate quickly and do not stand out as a group. According to the 2000 United States Census, some 67,000 people over the age of five were reported as Swedish speakers, though without any information on actual language proficiency. Similarly, there are 16,915 reported Swedish speakers in Canada from the 2001 census. Outside Sweden and Finland, there are about 40,000 active learners enrolled in Swedish language courses.

Contact us today to get a free, non-obligatory price quote in PDF for your Swedish business translation project!

There are a wide range cultural aspects in the Swedish speaking world that can vary quite significantly depending on the region. For example, many colors, symbols and region specific slang can have implications that can be quite different to those intended. It is vital that text be adapted accordingly.

It can be a challenging task for a business to expand into the Swedish market. It’s vitally important that marketing and advertising messages are correctly adapted to this audience, while not compromising the original purpose, style, tone and context of the message. An awareness of local cultural nuances and adapting your text accordingly is why our Swedish translators only translate into there native tongue.

In the age of globalization, localizing your website into Swedish is a highly cost-effective investment and an easy way to expand your business presence in that target market. We can professionally translate your website into Swedish, retaining its meaning and flavor as per your original content.  Don’t insult your prospective customers by using a “free website translation tool” that does nothing more than show disrespect; this is not a good start in building a client relationship.  We can work in HTML, XML, ASP, PHP, GIF, JPEG, Joomla, Drupal, PNG, and CMS. 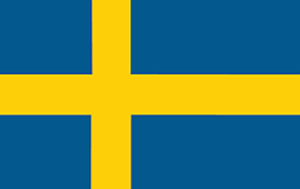 Swedish is a North Germanic language with around 9 million speakers mainly in Sweden and Finland, and also in Estonia, Norway, Canada and the USA. It is closely related to Norwegian and Danish and is mutually intelligible with them to a large extent, particularly in its written form.

Finland was ruled by Sweden from the 12th century until 1809 and during that period, Swedish was the main language of government and education there. Today Finnish and Swedish have equal status as official languages in Finland ..