Alaska is the largest state of the United States of America by area. As of July 1, 2008, Alaska remains the least densely populated state, with a population of 686, 000 with approximately 50% residing along the Anchorage metropolitan areas.

According to the 2000 U.S. Census, 85% of Alaska residents aged 5 and older speak English at home. The next most common languages are Spanish (3%), Yupik (3%), Filipino (2%), and Iñupiaq (1%). A total of 5% of Alaskans speak one of the state's 22 indigenous languages, known locally as Native American languages, of which most are moribund.

Manufacturing is limited, with most foodstuffs and general goods imported from elsewhere. Employment is primarily in government and industries such as natural resource extraction, shipping, and transportation. Military bases are a significant component of the economy in both Fairbanks and Anchorage. Federal subsidies are also an important part of the economy, allowing the state to keep taxes low. Its industrial outputs are crude petroleum, natural gas, coal, gold, precious metals, zinc and other mining, seafood processing, timber and wood products. There is also a growing service and tourism sector. Tourists have contributed to the economy by supporting local lodging.

Below is a list of towns and cities in Alaska that language Marketplace presently has customers: 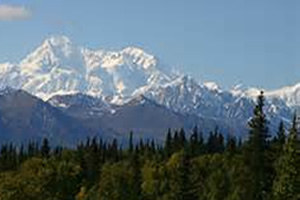 The longest coastline in the U.S., 6,640 miles, greater than that of all other states combined.