Pennsylvania s a state located in the Northeastern and Middle Atlantic regions of the United States. The state's most populous city is Philadelphia, followed by Pittsburgh. Pennsylvania's total gross state product (GSP) of over $600 billion ranks the state 6th in the nation. If Pennsylvania were an independent country, its economy would rank as the 18th largest in the world.

Language Marketplace has been providing professional Interpretation and Translation services in Pennsylvania to a wide range of clients for many years.

We have English | Spanish | French language coordinators and conference interpreter services. Below is a list of towns and cities in Pennsylvania that Language Marketplace presently has customers: 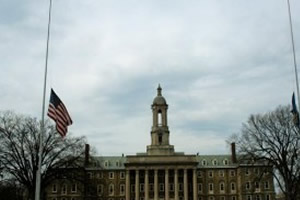 The first magazine in America: the American Magazine, published in Philadelphia for 3 months in 1741!

The largest companies with headquarters in
Pennsylvania